When our resident Cheesemonger crafted a fantasy-cheese pairing featuring Tilted Shed Ciderworks 2012 GRAVIVA! Semidry Cider, our cider pen pals at Tilted Shed responded by hosting the First-Ever Sebastopol Cider and Cheese Challenge and invited Apple Sauced Cider to join in. You can read about their cider+cheese pairing adventures here.

Yes. The cider artisans and orchardists behind Apple Sauced Cider and Devoto Gardens are launching a new brand,: Devoto Orchards Cider. This first seasons releases of farmstead ciders will include: Gravenstein, 1976, and Cidre Noir.

The Sebastopol Gravenstein, a vividly colored, aromatic, flavorful heirloom apple is historically important in the Russian River Valley. So dominant in the region, the ribbon of roadway running through the acres of orchards became known as The Gravenstein Highway – honoring the apples prolific presence. Declining prices for processing apples, the increasing popularity of other more ‘commercially viable’ apples, and a booming West Coast wine industry, all led to Gravenstein orchards being ripped out to make way for the extremely lucrative wine grapes that now populate the region.

“Gravenstein is still a favorite in northern Europe and is cultivated from Nova Scotia to the Pacific Northwest, but it reaches its greatest perfection in the Sebastopol district of western Sonoma County, at the border of the maritime and inland climatic zones, where the morning fog gives way to a moderately hot afternoon sun. The area’s fine, sandy loam soil is well suited to apples. The huge trees, grafted on seedling rootstock, develop roots deep enough to survive the dry summers without irrigation.”

Concerned Sonoma County cider makers are working to revive interest in this heirloom apple by focusing on the Gravenstein’s many desirable cider worthy traits, crafting ‘Gravs’ into unique ciders that celebrate and express the heritage of the apple and the region. 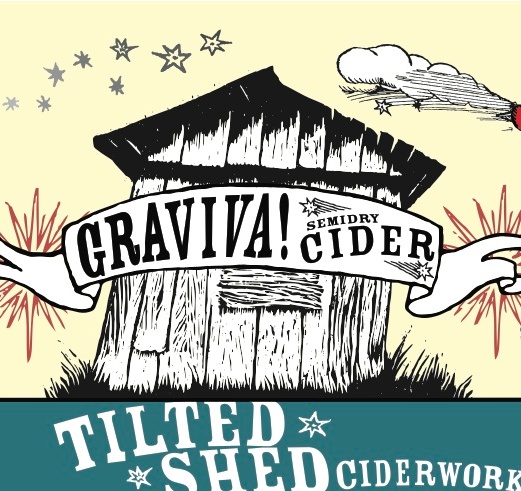 LATimes: The future of Gravenstein apples hangs on a thin stem by David Karp

NPR: Gravenstein Apples: The End Of Summer In A Fruit by Nicole SpIridakis

Zester Daily: The Fight To Save Sonoma’s Gravenstein Apple by Tina Caputo

Link: The future of Gravenstein apples hangs on a thin stem. July 12, 2013 By David Karp. Special to the Los Angeles Times

The 5Ws of Cider Pairing.

The 5Ws is a recently launched feature where we ask cider makers to share their favorite cider & pairing.

We give you the brand, the cider, and pairing from some of Americas most interesting craft cider makers.

We think makers who take the time to craft a well made cider, probably have some pretty interesting pairing suggestions.