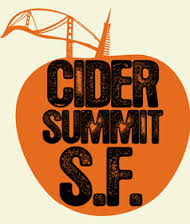 San Francisco, Calif. – Cider Summit San Francisco is excited to announce the full lineup of ciders and programming details for the region’s largest cider tasting festival. In its second year in the Bay Area and new, expanded location at the Civil War Parade Ground in the Presidio, Cider Summit SF will take place onSaturday, April 25, 2015 from 12:00 p.m. – 6:00 p.m. Cider lovers will come together to taste over 150 ciders from 46 cideries, including 74 ciders from California, and other regional favorites and international classics.

For a full lineup of events, cidermakers and to purchase tickets, visit the site here or on Facebook and Twitter #CiderSummitSF. Tickets are $35 in advance and $40 at the door (cash only).

For those seeking to utilize public transportation, the complimentary PresidiGo shuttle runs throughout the day from several locations in San Francisco. SF MUNI also operates multiple bus routes to the Presidio.  There is also ample onsite parking. If you prefer not to drive, Uber is offering a special promo code to get people to and from the Cider Summit. Enter the promo code CIDERSUMMITSF  to get a free first ride up to $20. Ride credit is for new Uber users only and is not valid on uberTAXI.

Get Your Tickets Now.

The Standard Cider Co. from Brotherhood

More Good News: “Cider will be on sale at the event, so you can plan on taking home a bottle of your new (and old) favorites!”

It’s The 3rd Annual New York Cider Revival at the New Amsterdam Market in New York City this Sunday, November 24, 2013 from 11AM – 5PM.

Visit The New York State Cider & Thanksgiving Market for A Chance to Win Your Own Cider Library AND Support The New Amsterdam Market.

Aaron Burr Bourbon Barrel Cider is only available at a handful of select establishments in the North East, and in very limited quantities.

If You Find It – Drink It. We sincerely believe you will not be disappointed. You won’t have the opportunity to drink this cider again for at least 14 months.

Andy Brennan ages his small batch micro-crafted cider in bourbon barrels for 2 years – and there won’t be another release until very late in 2014 .

Here is a link to our tasting notes for Aaron Burr Bourbon Barrel Cider Sparkling.

And do read and enjoy Aaron Burr Cider’s Cider 101: True Cider in America